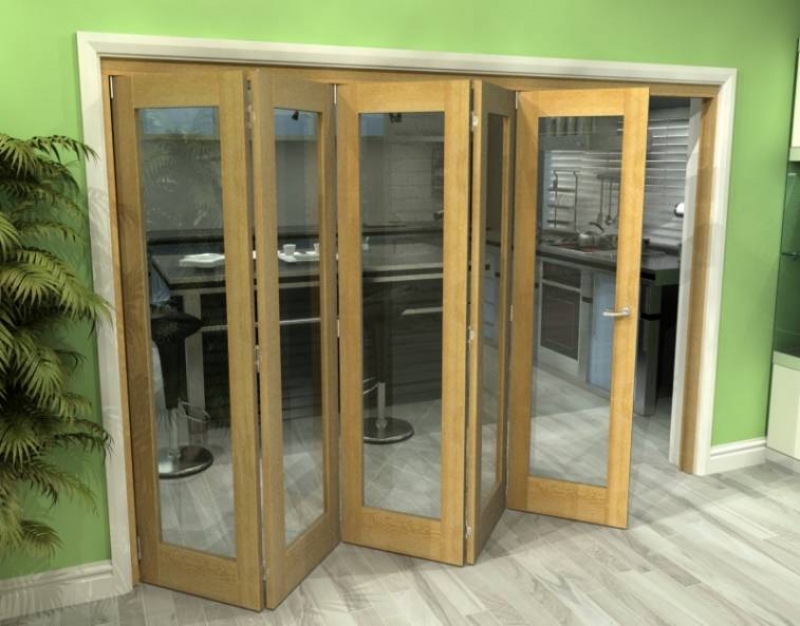 How to Remove Internal Bifold Doors

Removing internal bifold doors isn't something that you should need to do regularly, that said, it can be done. People remove bifold doors for many reasons, such as; decorating, removing a wall and replacing the bifold door with a wall.

There are processes to removing bifold doors that, if followed correctly, ensure your doors are protected from any damage. The tools that you use are also have a massive influence on how easy they are to remove and the condition that your door is left in after removal - we’ll touch on the specific tools that you’ll need to remove a bifold door later in the article.

Removing internal bifold doors doesn’t require a lot of effort. You’ll need to make sure that you’re able to take the weight of the doors but, to put it simply, it’s just a case of unscrewing the pivot pins and removing the brackets.

How to remove a bifold door pivot

Remove an internal bifold door pivot by releasing any locking levers that your pivot bracket may have. If your doors haven’t got a locking lever, you can simply pull out the pivot.

If the pivot is stuck, try rotating the pin with your hand or pliers to wiggle the pivot free.

How do I remove a folding door?

To remove an internal folding door, you’ll need to release the locking lever, if your door has one, and slightly raise the door off the floor or track. Once lifted, you’ll need to remove the bottom pivot bracket. For safety, you may require two people for the job.

When the bottom pivot has been removed, move the lower half of the doors so that the pin isn’t over the bottom pivot bracket. In doing so, the top pivot pins will slide out of the top bracket. If you’re having some trouble, try tilting the door at different angles until the pivot has popped out of the bracket. Your bifold doors should now come away from the wall.

Unscrew the guide and pivot assembly at the top of the door, and then repeat this for the bottom.

If you’re planning on putting the internal bifold doors back, do not unscrew the guide and pivots.

How do I remove a closet door from the track?

Removing a bifold closet door from its tracks is pretty straight forward. Moving the outside door first, central the door and carefully lift the door up and off its track.

Once lifted, tilt the door towards you and pull at the bottom of the door. This will remove the door from the top track.

Follow the same steps when removing the second closet door.

If you want to completely remove the track, you should be able to do so by using a screwdriver or drill to remove the screws.

The tools required to remove a bifold door are items that you may already have in your house, and if not, they’re very inexpensive and easy to come by. You’ll need the following tools to remove an internal bifold door:

Now you have removed your internal bifold door, what are you going to replace it with? We have a useful article on how to choose between bifold and frenchfold doors. Of course, if you love the bifold door style but just need to upgrade the aesthetic, we have a helpful guide on how to fit bifold doors.

You can view our full range of internal bifold doors, internal french folding doors and traditional internal french doors to find the right choice for your home. If you need help deciding, our friendly team is happy to help so get in touch.

Whilst installing a bifold door can be trick, removing one isn’t. Having the correct tools and the body strength to hold and move the doors, once they’re off the track, is really all you need. If you’re simply redecorating and want to put your internal bifold doors back up once you’re finished, we’ve created a guide to help you.

How to Measure Up for Internal Bifold Doors

How to Remove Internal Bifold Doors

Where Do You Put the Handle on Internal Bifold Doors?

How Do Internal Bi-fold Doors Work?

How to Install Bifold Doors on Carpet Flooring

How to Install BiFold Doors on Laminate Flooring

How to Paint an Internal BiFold Door

How to Fit an Internal Bifold Door

How to Clean an Internal Bifold Door